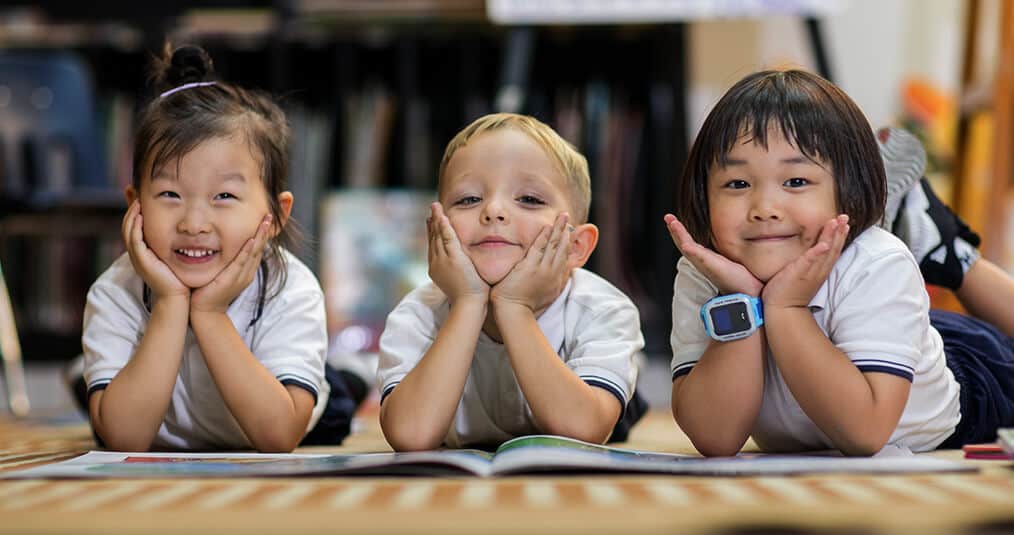 Katiana Indrasasana, a Grade 12 student at SPH Lippo Village, was selected to represent Indonesia in the upcoming 2021 World School Debating Championship (WSDC) on July 25, 2021. Katiana is one among the other five students that were selected for the national team: not just as a team member, but as the team captain as well. She was still in Grade 11 when being selected.

In 2020, Katiana was the grand finalist for National School Debating Championship (NSDC) which made her eligible to proceed to the WSDC. The selection for WSDC started earlier this year in March and the top 15 best speakers in the NSDC went straight to the WSDC selection camp. After the selection camp, Indonesia’s “dream team” was formed.

”"I feel honored to know that I am selected in the Captain Team to represent Indonesia on a global stage and I am beyond excited to make Indonesia proud! I would like to express my gratitude to my family, friends, teachers, and coaches who have supported me along the way. I would not make it this far without them," said Katiana.

To prepare herself for WSDC, Katiana practiced 3-4 times a day with sparring partners from the WSDC alumni. Until today, she continues to hone her skills by practicing 3-7 times a week. She is also doing research on various topics and keeping up with the recent news. Even before this, Katiana has won many debate competitions such as the prestigious Young Thinkers Trophy, KOMPeK e-Debate Competition by the Faculty of Economy of the University of Indonesia, and many more.

Aside from her passion and outstanding achievements in debating, Katiana is also a well-rounded student who excels both in academic and non-academic life at school. For three consecutive years, Katiana has received multiple awards in the Academic Awards, one of which is the Highest Achievement Award. She also is actively involved in sports such as soccer and music by joining the string ensemble. An activist at heart, she also promotes teen’s mental health by making poetry about the said topic in her Personal Project and founded her own non-profit organization called Sampah Sehat.

We hope that Katiana’s story will inspire more students to pursue what they are passionate about and continue to bring Indonesia’s name to the international stage. As Katiana will compete in the upcoming WSDC with her team, let us continue to support her and wish her all the best!

A Special Time between Fathers and Children in Daddy & Me

I’m Tim Heading and I have been at SPH for 3 of my almost 30 years in education. I am originally from the beautiful city of Adelaide in South Australia. Over my 14 years in international education, I have learned to enjoy the unique situation of living in such a close and supportive Christian community. I was initially drawn to SPH by the opportunity to be involved in the exciting vision of educating this next generation of Indonesians for Christ. My hope for our amazing students is that they will seek to enthusiastically impact their world as Christians.

My name is Mark Thiessen and I’m currently the Head of School at the Kemang Village campus of SPH. I have been working in education for more than 15 years, many of them serving in various leadership roles within Christian international schools. I was drawn immediately to the mission and vision of SPH and the tangible way it embodies these statements by supporting redemptive Christian education throughout Indonesia. For me, this pursuit of mission has continued to be a driving force behind my service and desire for Kemang Village to grow in excellence. I constantly hope that each of our students would recognize God’s grace in their lives.

I’m Helen Schleper and I am from San Jose, California. I have had the joy of spending 19 years in education and I am grateful for the opportunity to spend the past three years at SPH Lippo Cikarang. My family and I were drawn to SPH because of its mission and vision. It is a privilege to serve at a Christian school in Indonesia that proclaims that Christ redemptively restores all things for His glory. My sincere hope for students is that they will know that they are greatly loved by God as they continue to grow in true knowledge, faith in Christ, and Godly character.

My name is Matthew Mann and I have fifteen years of experience as a Head of School and now serve as the Executive Director of Sekolah Pelita Harapan. My task is to strengthen, unite, and grow the group of five schools. At various points in my career, I have taught French and English in Kindy, Primary, Middle School, and Senior School. My vision is for SPH to raise up new generations of leaders equipped and inspired to bless their nation and the world. I believe passionately in schools as communities, places where children are loved and know that they belong, where they are challenged by their academics and enriched by their experiences.

My journey with the Yayasan started as early as a five-year-old, entering the doors of SPH Lippo Village’s Kindy Pod as a K2 student back in the early 90s. I consider myself privileged to engage with the Yayasan as a former student, alumni, leader, and now SPH LV mom. I started as a K2 student in SPH LV back in 1993 when the school first opened its doors. I recall my first day of school in SPH when the roads were not yet fully paved. I truly believe in SPH’s holistic Christian education because I was transformed by it myself. I hope that SPH students will be deeply transformed from the inside out – a heart that loves the Lord, a mind that has a genuine thirst for learning, and hands and feet that God uses to bless other people.